Spring semester begins Jan. 24 with primarily remote instruction. Most face-to-face instruction will begin on Feb. 14. Read the latest on the Campus Comeback website.

Lisa Andrew is now the CEO at ALearn Silicon Valley Education Foundation after having served as the Superintendent of the Hollister School District. Her previous leadership roles include serving as Regional Executive Director of Partners in School Innovation, Director in the Educational Services Branch at the Santa Clara County Office of Education, and Assistant Superintendent of Curriculum and Instruction in the Ravenswood city School School District.

Dr. Andrew has a Bachelor of Arts in Natural Science and Master of Arts in Educational Leadership and Higher Eucation from San Jose State University.  She received her doctorate for her dissertation titled Professional Development that Prepares Administrators to Lead Organizational Change.

Scott Cline is the Vice President of Enrollment Management at California College of the Arts. Previously he was Associate Vice President of Enrollment and Director and Associate Director of Financial Aid at California College of the Arts. He has also worked at Stanford Graduate School of Business and Chapman University.  Dr. Cline is the incoming President-elect of the Western Association of Student Financial Aid Administrators and President of the California Association of Student Financial Aid Administrators in 2016. He has served at the state, federal and national levels on boards, committees, and task forces in financial aid and enrollment management; and served as a non-federal negotiator representing financial aid administrators with the U.S. Department of Education.

Dr. Cline holds a Bachelor of Arts in History and an Master of Arts in Education from Chapman University. He received his doctorate for his dissertation titled Impact of the Institutional Financial Aid Process on Students of Color.

Dayo Diggs is Professor in Health Sciences at City College of San Francisco.  She teaches general academic classes in Health Education and manages the development and facilitation of health education workshops.

Jefferson Flowers is Professor of Chemistry at the College of San Mateo and co-founder of Siliconian, a digital design studio creating a total web presence for academic research groups, startups, and midsized buisnesses. Before persuing his academic career, Dr. Flowers was the co-owner of AJD-Mobile, and a chemist for Bay Area Air Quality Management District.

Tess Hansen is an English Instructor at Foothill Community College. She served for six years on the Accrediting Commission for Community and Junior Colleges.

Dr. Hansen holds a B.A. in English from Santa Clara University, an M.A. in Education from Stanford University and an MA in English from the University of Iowa. She received her doctorate for her dissertation titled Promising Pedagogical Practices in African American Learning Communities.

Jeanne Knapp is an educator and advocate for Collective Impact, a consulting firm that helps communities and organizations build capacity through a variety of strategies including training and change management.  Dr. Knapp had spent several years as an educational consultant working with educators and community members with Merced County Office of Education, University of California Merced, school districts, and non-profit organizations in the Central Valley and Sierra Foothill counties. In that capacity, she helped clients to develop impactful relationships in order to nurture college and career preparedness through formal research, concepts of sustainability across disciplines associated with STEM (Science, Technology, Engineering, and Mathematics).

Dr. Knapp holds a Bachelor of Arts in Psychology, Masters of Arts in Education and in Counseling, Student Services from CSU Fresno. She also has her Clear Administrative Credential. She received her doctorate for her dissertation titled An Analysis of Environmental Sustainability Instruction in California Public High Schools.

Savita Malik is Curriculum Director and Instructor for Metro Academies, a collaboration between the Health Education and Early Childhood Departments at both San Francisco State University and City College of San Francisco.

Prior to her current work, Malik was a tutor and mentor for foster youth going to school within the San Francisco Unified School District. She also taught math, science and health and was department chair for middle schools in Long Beach, and South San Francisco, CA.

She holds a B.A. in Biology from the University of California, Berkeley and an M.A. in Public Health from San Francisco State University. Savita received her doctorate for her dissertation titled Engaging in the Beautiful Struggle: Influence of Faculty Learning Communities on Teaching. 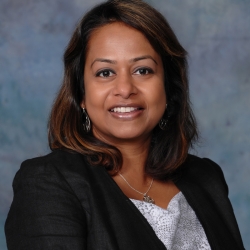 Deepa Mukherjee is Director, Secondary Curriculum, Instruction & EL Services for the San Jose Unified School District. Before moving to the district office, Dr. Mukherjee served as Principal at Leland High School in the San Jose Unified School District. Her career in SJUSD has included serving as an assistant principal, an instructional coach, and an English teacher.

Roseann Myers is a retired Vice President of Student Services at Foothill College and is currently a lecturer in San Francisco State University. Prior to becoming Vice President, Myers was the Dean of Foothill Middlefield and Evening Campus.

Dr. Myers holds a Bachelor of Science from Hampton University in Health and Physical Education as well as a Master of Arts in Community College Administration from Rowan University. She received her doctorate for her dissertation titled
Promising Student Services Practices in the African American Learning Community.

Victoria Quijano is a full-time Lecturer with the Department of Health Education at San Francisco State University where she teaches program planning, proposal writing, and an introduction to the health education profession. She specializes in teaching writing-intensive courses and developing curriculum.

Quijano is also an Evaluation and Education Consultant serving Bay Area non-profit institutions. Projects she recently coordinated and completed include: an evaluation of a school-based community gardens project at Bret Harte Elementary School in San Francisco's Bayview District; an assessment of teen pregnancy in the Central Valley to inform funding priorities for the Hewlett Foundation; and a review of the Deemed Approved Ordinance alcohol policy in San Francisco. She also provides leadership coaching to diverse young women who are executive directors of San Francisco non-profits.

She holds a B.S. in Health Education from San Francisco State University and a master's degree of Public Health from San Jose State University. Victoria received her doctorate for her dissertation titled Writing in the Disciplines: A Study of an Upper Division Writing Assessment Policy at SFSU.

Dr. Scolari is the Director of the Our Children, Our Families Council, a citywide collective impact project for San Francisco. She is also an Adjunct Professor in the Graduate School of Education at University of San Francisco. Previously Dr. Scolari was the statewide Director for the California Community College Linked Learning Initiative (CCCLLI) for the Career Ladders Project, under the Chancellor’s Office for California Community Colleges. Previously, Dr. Scolari served as the Dean of Counseling and Student Support Services at City College of San Francisco for six years. In that capacity, she spearheaded several successful data-driven initiatives aimed at improving the transition of high school students of color into the community college with sustainable results. Her work in this area has received wide attention from several policy driven initiatives, including the national Communities Learning in Partnership (CLIP) grant funded by the Bill and Melinda Gates Foundation. Dr. Scolari’s work entitled, “You Can’t Point Fingers at Data” Cross-agency Collaboration and Shared Data from a Community Perspective was recently published by Harvard Education Press. Dr. Scolari also previously worked at UC Santa Cruz for ten year and held several positions including the Early Academic Outreach Program (EAOP) Director, Gaining Early Awareness for Undergraduate Program (GEAR UP) Director, and Associate Director of the Educational Partnership Center.

Dr. Scolari holds a Bachelor of Arts from San Jose State University and a Master of Arts in Non-Profit Administration from the University of San Francisco. Laurie received her doctorate for her dissertation titled First-Generation Students of Color: Easing Their Transition to Community College.

Darrick Smith is Assistant Professor of Leadership Studies at University of San Francisco.  Previously, Dr. Smith was the Co-Director of the June Jordan School for Equity in the San Francisco Unified School District.

Dr. Stebbing holds a B.A. in International Relations/Economics from the University of Delaware and an M.A. in Education from San Francisco State University. She received her doctorate for her dissertation titled Supporting Diversity in the Early Childhood Workforce.

Kelly Stuart is Vice President, Dissemination and Implementation at Center for the Collaborative Classroom. Prior to joining the Center, she served as a Senior Research Associate at WestEd, leading dissemination efforts for Doing What Works (DWW) and leading the School Turnaround Learning Community (STLC), both sponsored by the U.S. Department of Education. Dr. Stuard also worked for the Success for All Foundation as the Director of Special Programs and Area Manager, overseeing program implementation in more than 120 schools in the western states. Dr. Stuart began her career as an elementary school teacher.

Dr. Stuart holds a B.S. in Liberal Studies from the State University of New York, Albany and an M.A. in Educational Administration from San Francisco State. She received her doctorate for her dissertation titled Taking Science to Afterschool: Supporting Identity Development for Low-Income Latino Youth.

Lisa Thomas is Assistant Dean of Students at Hult International Business School. Her previous experience includes working as a research advising analyst on a National Science Foundation grant with Townsend Communications Inc., serving as the Director of Advising Services at CSU Monterey Bay and as a Student Services Officer at University of California, Berkeley. She was also the Associate Director of Student Development at St. Thomas University.

Dr. Thomas holds a B.A. in Music from Judson College and an M.S. in Educational Leadership from St. Thomas University. She received her doctorate for her dissertation titled A Phenomenological Study: An Analysis of No Confidence Votes Among Presidents in California Community Colleges.

Sharon Turner is Project Director of SB 1070 at Foothilll College where she works to align regional Career and Technical Education programming, policies, and procedures. Previously, Dr. Turner was a Project Coordinator for the Jewish Vocational Services, a Group Leader for the American Jewish World Service and an instructor at City College of San Francisco.

Dr. Turner holds a B.A. in Creative Writing and Literature from the University of California, Santa Cruz and an M.A. in Public Health from San Francisco State University. She received her doctorate for her dissertaiton titled Community Based Organizations as Initiators of Partnerships with Community Colleges.

Dr. Ventura holds a Bachelor of Science in Mathematics from California State University-Hayward and a Master of Science in Administrative Education from National University. she received her doctorate for her dissertaiton titled Impact of Timing of Algebra on Future Mathematics Achievement.

Maria Villanueva is a coordinator of BEST Grant at Santa Clara Unified School District. Dr. Villanueava holds a Bachelor of Science in Nutrition Science and a Master of Arts in Counselor Education from San Jose State University. She received her doctorate for her dissertaiton titled Transforming Parents, Students, and Community: A Case Study of The Madres Involucradas Program.